Simplify The Way You Travel to Tiburón Golf Club. 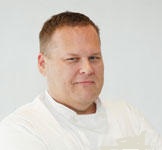 Jason is a 25 year restaurant veteran with extensive experience club, hotel and boutique restaurant experience. A Naples native, Jason has been in the Tampa area for the last 25 years where he worked for several fine dining establishments in the area including the Tampa Palms Country Club, Emerald Green Country Club Hyatt Hotel, Marriott Waterside and Mangroves in Hyde Park to name a few. Jason has a design and construction background with 4 years of design school before immersing fully into the culinary arts field. Jason has several awards and accolades including best chef of the bay finalist –Tampa Bay Magazine as well as 3 stars from Tampa Tribune and 4 Planets from Weekly Planet magazine. In his career he studied under area legend Hans Hickel, an Austrian chef who was single handedly responsible for the creation of two of the area’s most elegant and profitable restaurants, Oystercatchers and Armani’s at the Grand Hyatt. After working for Hans Hickel at the Grand Hyatt for almost 3 years, Jason got his first executive chef job at the once infamous Hyde Park Restaurant Mangroves. It was there at the age of 23 he was considered one of Tampa Bay’s rising “young turk” star chefs. After leaving Mangroves, Jason went on to work for four years at Temple Terrace Country Club. There he re-designed the facilities and the entire culinary operation for the better. He then went to work as a Senior Banquet Chef for the Marriott Waterside. At the Marriott Jason was responsible for catering operations for 52,000 sq. feet of meeting and social event space, with 12.5 million dollars in annual catering sales. During his tenure at the Marriott he was offered the position of Executive Chef of the then still under construction Emerald Greens Country Club. In this capacity Jason built from scratch a 3,500 sq. foot kitchen, developed 3 restaurant concepts and implemented a cutting edge catering and event program. . For the past 10 years Jason Pierce was the Executive Chef for Tampa Palms Country Club, as well as a hospitality consultant and caterer for his own company CNJ Catering and Consulting. In this capacity he has assisted in the design of several bay area restaurants and nightclubs as well as catering for several of the bay area’s top event planners. Now after 25 years away Chef Jason returns home and is thrilled to be heading the culinary helm at Tiburón.

Stay In the Know